When communication counts most, Edison -based V-COMM’s expertise in public safety and cellular distributed antenna systems ensure the utmost connectivity inside and outside your building.

From mission-critical settings such as hospitals to office buildings where essential business is conducted daily, modern operations require strong cellular signals to power the first-responder radios, smart phones, computers and other devices we rely on to stay connected. For that reason, decisions regarding a building’s public safety and cellular distributed antenna systems (DAS) are too important to leave to nonexperts or off-the-shelf products.

“A client who’d installed an emergency responder system designed by another provider recently called us in to help certify that the system worked and met code requirements,” recalled Dominic Villecco, founder and president of Edison-based V-COMM, a leading provider of integrated engineering services for the wireless and public safety industries since 1995. “Installed out of the box, the system didn’t work and the provider was unable to identify or fix the problem, despite several tries,” he said.

“Our team needed to start at ground zero with the design of the DAS to help troubleshoot the problem, which took our specialists several days to rectify,” said Villecco, who confirmed that the stakes can be high for buildings in these situations. “In commercial new construction today, emergency response systems are a requirement and the building won’t be issued a certificate of occupancy if the system doesn’t work.”

In another instance, a client brought V-COMM in to help improve its indoor signal strength, Villecco said. Despite the fact that the client had a tunable antenna on their roof picking up outside signal that was then distributed internally, “Our engineer determined that there wasn’t enough signal and that the system wasn’t tuned properly,” he said. “After we tuned it properly — which involved investigative work and optimization of different aspects of the system — the signal was 100 times stronger and passed certification.”

In the end, “That client’s previous provider had followed the instructions on an out-of-the-box product, but that doesn’t substitute for experience,” Villecco said. “DAS systems are often installed by electrical contractors, who are very skilled, but DAS work isn’t the same as installing electrical wire.”

Other types of issues can arise for buildings that don’t have specialists keeping tabs on their DAS.

“For example, a hospital client that had installed a cellular DAS but hadn’t maintained or monitored it for four years reached out to us because it wasn’t working inside,” Villecco said. “Upon investigation, we found that the antennas on the roof were pointing in the wrong direction — apparently, following a storm, the hospital’s own crew members had addressed the wind-blown antennas and reset them incorrectly.” According to Villecco, other problems can occur when a building’s antennas pick up outdoor signal from a wireless carrier, but the carrier has changed its networks and the building’s DAS hasn’t been realigned to the new network specifications. 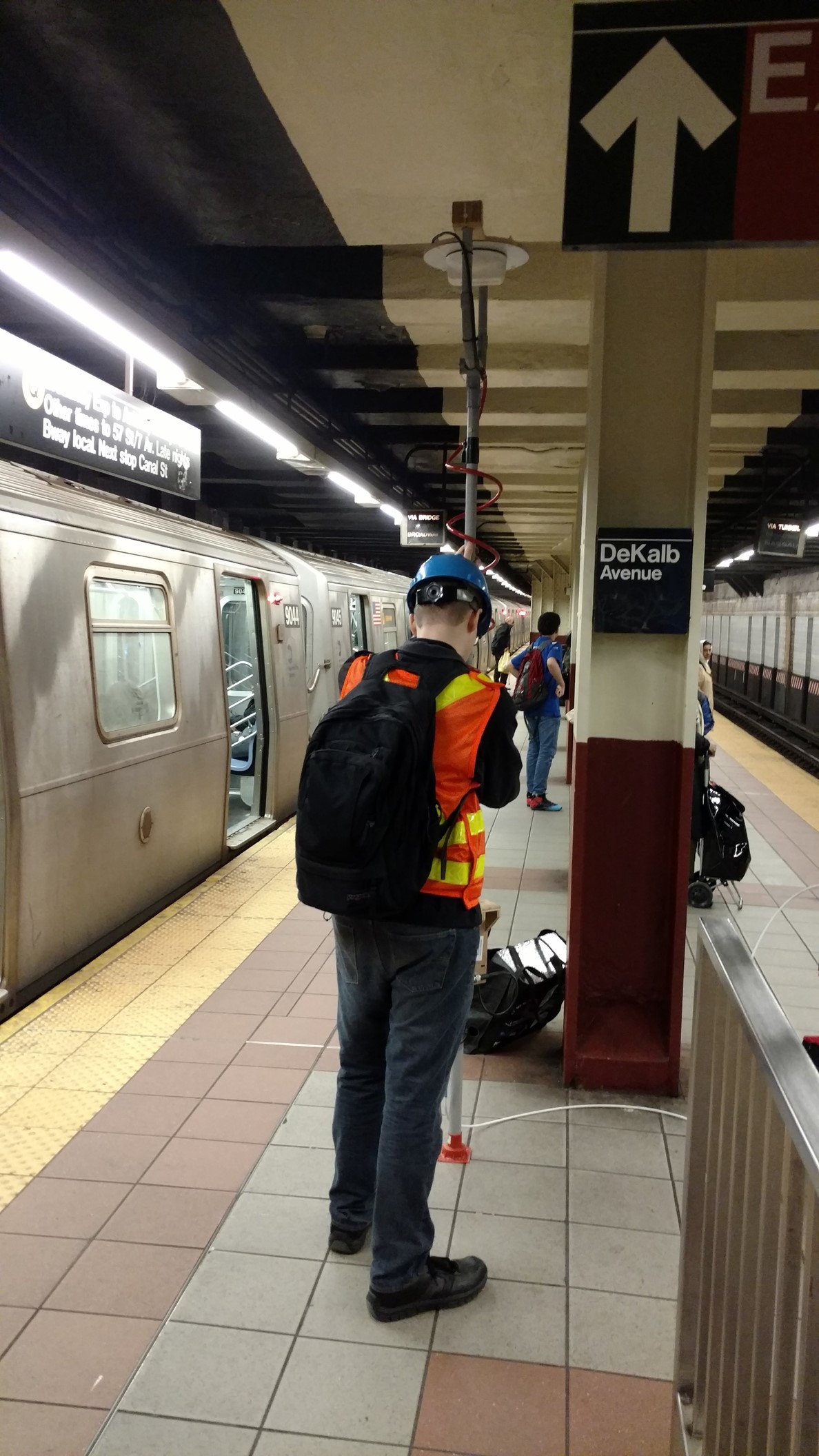 An Ounce of Prevention

“Building owners invest a lot of money into DAS, and improperly designed or installed systems can lead to inoperability, downtime, re-work and even liability, so it’s important to work with qualified professionals who understand the specific application and equipment needed,” Villecco said. “Telecomm distributors or other providers may be familiar with the various components of these systems, but not necessarily how to address complicated applications or so-called ‘near-far issues,’ which occur when there’s too much signal coming in from one carrier and not enough from others.

“We sell solutions, not specific products, and we don’t represent any one vendor, but rather have access to all products on the market and use the one that works best for that application,” he said. “Our engineers understand the many codes and technical factors involved in distributed antenna systems, which must meet certain standards for signal strength, audio quality and coverage to comply with current building codes. As a result, many electrical contractors pull us into projects based on our demonstrated expertise in DAS design, product selection and troubleshooting.

“Ultimately, building owners spend a lot of money to install these systems and expect a certain level of service to meet their business or first responder needs and/or codes,” Villecco concluded. “At V-COMM, we’ll ensure that the job is done right the first time and that it continues to work optimally over time.”

Too Important to Fail Dominic Villecco has more than 35 years of experience in the telecommunications industry. As V‑COMM’s founder and president, he has led the company from two employees to more than 50, with two main offices on the East coast. He is a qualified expert witness in telecommunications engineering in New Jersey, New York, Pennsylvania, Delaware and Michigan. He has also testified in Federal court on behalf of the FCC and US Department of Justice in two high-profile cases. Prior to founding V‑COMM in 1995, Mr. Villecco led all engineering efforts for Comcast Cellular Communications, Inc. and Comcast International Holdings. As former Director of Engineering for American Cellular Network Corporation (AMCELL), he helped design the first regional cellular network in the United States with propriety automatic call delivery among independent carriers. Mr. Villecco’s expertise provides a positive impact upon his clients’ growth rates and their ability to secure financing from key vendors. Mr. Villecco previously served as Vice Chairman on the Board of Advisors for Drexel University’s Electrical and Computer Engineering Department, and received the Distinguished Alumnus Award in 2001. He also served as Chairman of the Technical Subcommittee for the Association of Public Safety Officials-International, Inc. (APCO) Region 28 and its 700 MHz initiatives. Mr. Villecco is recognized as a telecommunications expert by the FCC and the US Department of Justice. He is President of the Board of Trustees for the New Jersey Wireless Association (NJWA). Before joining V‑COMM, Mr. Stern directed the implementation of emerging digital technologies, test and evaluation of pre-commercial CDMA and the testing and execution of a CDPD data solution for Comcast Cellular Communications, Inc. Previously, as Program Manager for Motorola, Inc., he was responsible for new systems and growth product implementation in the entire New York/New Jersey/Philadelphia region. Mr. Stern currently sits on the technical committees for APCO’s Regions 8 and 28, providing guidance for frequency planning, 700 MHz usage and interference issues. Mr. Coover has more than 35 years of experience in the telecommunications Industry and has been involved with all the major media formats, with specific expertise in voice, data, video and wireless technologies. As a V‑COMM executive, he manages the company’s Network Engineering division, overseeing the design and implementation of multiple projects; commercial and private voice, data and broadcast networks on a regional and national scale, as well as public safety networks and dispatch centers. He is directly engaged in the design and implementation of multiple indoor and outdoor Distributed Antenna Systems and small cell systems for commercial wireless and public safety sectors in various public and private venues and mass transit systems.

Prior to joining V‑COMM, Mr. Coover was employed at Comcast Cellular Communications. He worked with the network engineering team and oversaw system implementation and managed day-to-day operations for its wireless properties. He spent 10 years with Metromedia – ITT as manager of the Network Management Center with responsibility for daily network functions of the national switching and transport networks. Mr. Coover began his career at WWVU‑TV after attending West Chester University and is a current member of APCO.